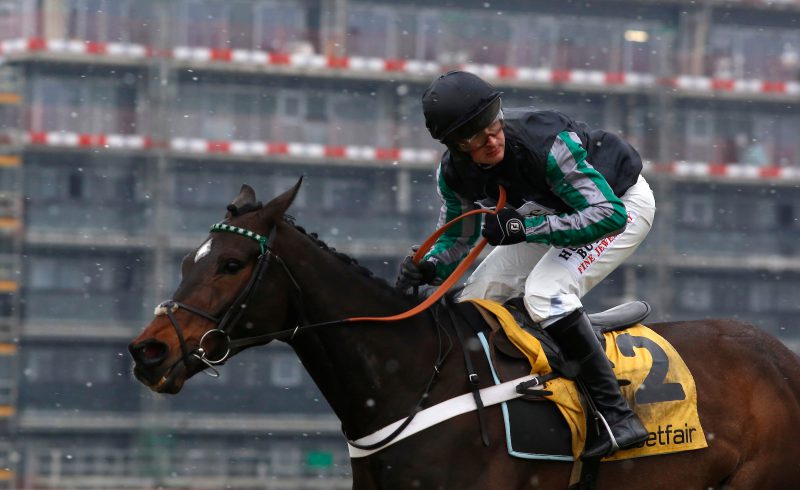 Altior has started the season with the idea of switching away from his customary two-mile distance, and possibly going for the Gold Cup.

But after losing his first race over the long distance when being took down by Cyrname in the Christy 1965 Chase at Ascot in November – plans have seen him revert to his usual distance.

The news of the entry for the Queen Mother came after trainer Nicky Henderson confirmed Altior would not be running as expected at Kempton this weekend in the Silviniaco Conti Chase.

Officials at the British Horseracing Authority issued a statement on Wednesday calling on Henderson to clarify his position on the horse after it emerged he would not be running, but he was still listed to compete.

Henderson later confirmed that Altior would indeed be ruled out, but he also confirming his entry into the Champion Chase.

“As much as I would have liked to run him on Saturday, I feel that under the circumstances it is better not to – and therefore he will be taken out of the race and wait for future engagements,” said Henderson.

Despite Altior’s entry being confirmed, he is not favourite as that is Philip Hobbs’s Defi Du Seuil, who has won both the Shloer Chase at Cheltenham and the Tingle Creek at Sandown this term – although he also carries an entry for the Ryanair Chase at the Festival.

“Having won his two starts this season, including the Tingle Creek last time out, Defi Du Seuil is a worthy favourite for the Champion Chase, particularly as there remains a question mark over Altior’s wellbeing in what has so far been a frustrating campaign for the dual Queen Mother winner,” said Coral’s David Stevens.