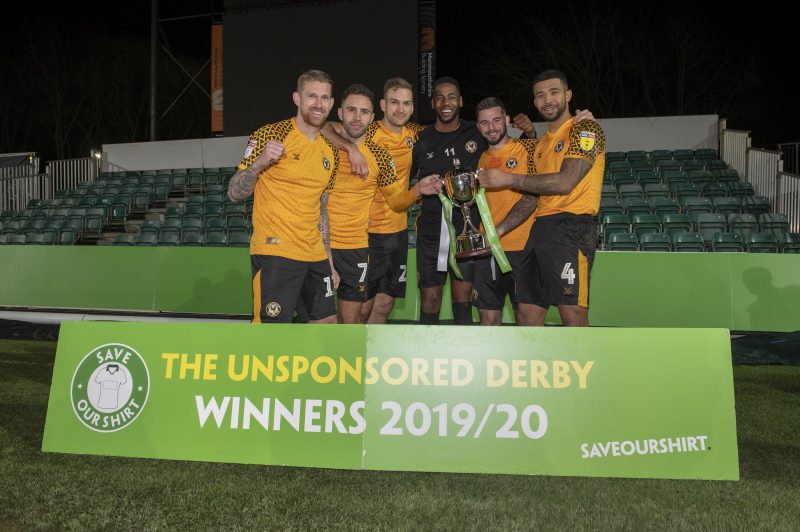 Captain Joss Labadie headed home the only goal of the game in the first half, to secure the silverware for the home side.

The fixture marks the second meeting of the two teams, who were unsponsored by bookmakers Paddy Power this season, as part of the Save Our Shirt campaign.

The win means Newport have added the SOS cup to their trophy cabinet, after the first meeting between the sides in September ended in a draw.

Paddy Power also unsponsored almost all of the ground’s perimeter advertising boards, the matchday programme, the match sponsor as well as the Man of the Match award – which was given to goalscorer Labadie.

Spokesman Paddy Power said: “We are overjoyed to give out the Save Our Shirt silverware tonight, which has found a safe home in Newport’s trophy cabinet.

“They were the deserved winners of the Unsponsored Derby. Now, does anyone have a number for an engraver?”