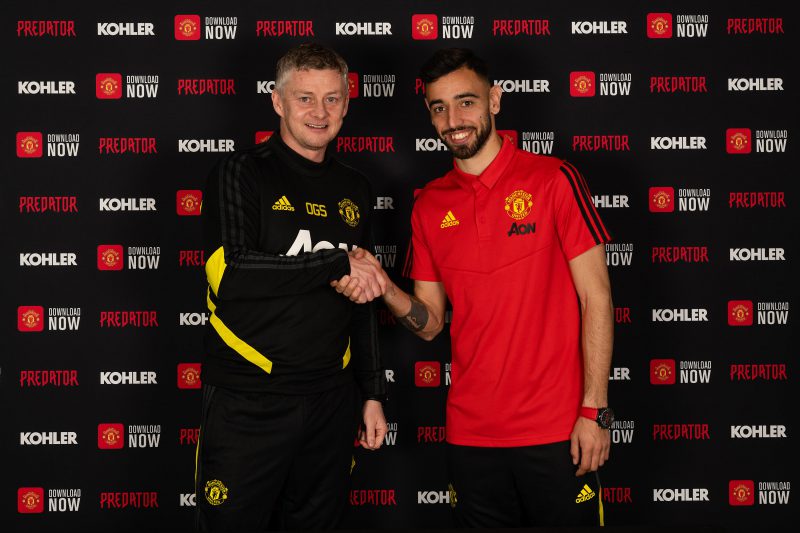 Manchester United have confirmed the signing of Bruno Fernandes and he is being backed to perform at Old Trafford.

United are paying £46million for Fernandes, but they could owe nearly £20million in add-ons if they are succesful.

They will pay £4.2m if they qualify for the Champions League. a further £12.7m will be handed over if Fernandes wins the Ballon D’Or and helps United to Champions League glory.

United boss Ole Gunnar Solskjaer said: “We have been tracking Bruno for many months. Everyone here has been tremendously impressed with all his attributes + what he will bring to team. Most importantly he is a terrific human being with a great personality and his leadership qualities are clear for all to see.”

Bookmakers have priced up some specials around his career at the club.

Paddy Power make it 6/5 that he scores five or more goals in the remainder of this season – or 4/1 that he makes an instant impact by scoring against Wolves on Saturday.

He’s priced at 15/2 to net 10+ goals this campaign, or 9/1 to net five or more in the Premier League and help Ole Gunnar Solskjaer’s team to finish in the top four this year.

However, as is Man United’s recent reputation of taking talent and causing it to crumble, it’s rated 12/1 that he leaves the club and joins a Serie A side before the start of the 2021/22 season.

Spokesman Paddy Power said: “After weeks of faffing, or transfer negotiations, depending who you listen to, it seems Man United are finally set to sign Bruno Fernandes.

“He’s short-priced to make an instant impact in their game against Wolves this weekend, and let’s face it, Ole needs all the help he can get at the minute.”