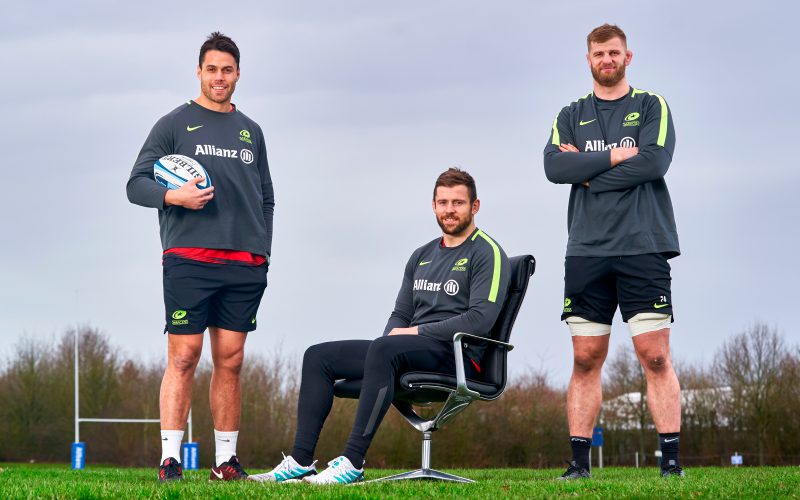 It’s official! We are a nation of noisy sports fans.

RUGBY fans are rowdier than football supporters when they’re watching a game – but only from the comfort of their own armchair or bar stool.

Two thirds of fans confess to jumping up and shouting at the screen during a match, compared to 55% of football fans and 33% of those who watch cricket, a study shows; but it’s football viewers who are most likely to disagree with the ref’s decisions (46%), followed by rugby (33%), according to a survey for Greene King IPA to mark this years’ Six Nations tournament¹.

Despite the angst, rugby fans don’t fester over the match for long, with 30% saying they’ve got over the match within the hour and just 8% saying it still bothers them for a week or more after the game, according to a poll of 2,000 sports fans.

Greene King, the UK’s leading brewer and pub company, is searching for the ultimate armchair rugby coach and has enlisted the help of a few England and Scotland international players.  England team-mates Elliot Daly and George Kruis and Scotland’s Sean Maitland are inviting one ultimate fan to grill them on tactics and decision making at the end of the Six Nations, mastermind style.

England rugby star Elliot Daly said: “I’m not surprised by the results. I know if I’m watching sport at home or in the pub I can’t help but jump up and down and shout at the TV. I often wonder about sporting decisions myself, particularly outside of rugby!”

George Kruis added, “I’m not joking, I am a little nervous at the thought of being grilled, as rugby fans are passionate about the game. There will probably be a few challenging questions but I’m absolutely up for it!”

Commenting on how team-mates handle being on opposing sides during internationals, Scottish back Sean Maitland said: “We might be club team-mates and friends off the pitch but when the Six Nations is on, all bets are off. We just focus on the job in hand but I have no doubt we’ll be getting together for some well-earned beers come the end of tournament.”

Greene King IPA, Official Community Club Partner of England Rugby and headline sponsor of Championship rugby asked fans who they thought was the greatest national coach of all time with Sir Clive Woodward winning 40% of the vote of rugby fans. Alf Ramsey came out top (36%) as the greatest England football manager, while Trevor Bayliss (15%), and Duncan Fletcher (14%) are the two most popular choices for greatest England cricket coach.

Matt Starbuck, managing director of Greene King brewing and brands added: “There’s a frustrated sports coach in most of us. Whether we agree with a coach or ref’s decision, or even question a player’s action on the pitch, as fans the banter and debate is part of the fun of being a supporter.  What better way to enjoy the matches and get debate going by heading to your local pub and enjoying a pint with mates.”

To enter the competition to win the chance to be crowned Ultimate Armchair Coach and grill the players face to face, fans can post their questions via Greene King Brewery social media [Facebook GreeneKingBrewery Instagram greenekingbrewery].

A winner will be selected at random who will be invited to meet and interview the players at the end of March.² Daly, Kruis and Maitland will also be posing topical rugby questions via Greene King Brewery social media throughout the tournament asking fans if they ‘Agree on That’.

The Six Nations rugby will be shown across 500 Greene King pubs throughout the tournament. To find your nearest pub visit https://www.greeneking.co.uk/