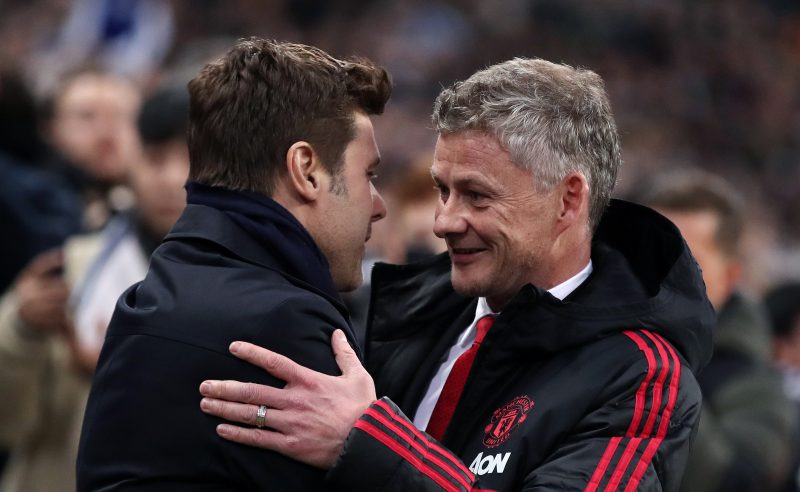 Solskjaer remains under pressure at United as they look on course for one of their worst seasons in a generation, indeed this century.

United are battling for a top-four finish, but the fact they are currently in eighth suggest that is a hope rather than an expectation.

Sources close to the club have confirmed that the club are considering the future of the Norwegian, who was appointed permanent successor to Jose Mourinho in early 2019.

United have spent heavily during Solskjaer’s tenure but their fortunes have barely improved and chief executive Ed Woodward is looking elsewhere.

Woodward publicly is backing Solskjaer but he admits the club have to be fighting at the top of the table.

“It is the overwhelming priority of everyone at the club to get us back to regularly challenging for Premier League and Champions League titles,” he warned.

And many at United, within the club’s hierarchy, are far from convinced that Solskjaer is the man and that is why Pochettino is on their radar.

And it understood that Pochettino’s camp are informed of events and he himself has admitted he is ready to come back.

“To be honest, I would love to work in the Premier League,” he said on Natalie Pinkham’s In The Pink podcast. “It’s going to be difficult, I know, and for now it’s a moment to wait and we’ll see what happens.

“It’s a moment of recovery, to think about yourself a little bit, and to be ready because in football always something can happen and you need to be ready.

“I’m ready and waiting for a new challenge. I have the belief and confidence that the next challenge will be fantastic.”

Solskjaer is favourite to the next Premier League manager sacked, but whilst that remains unlikely – Bookmakers are seemingly certain that former Tottenham boss Pochettino will be the next man through the door.

Paddy Power make him 4/11 favourite, which is a probability of nearly 75%, indeed the only man in contention with him is believed to be former Juventus boss Max Allegri at 9/2.

Spokesman Paddy Power told The Gambling Times: “Even though we’re in the midst of a winter break, it hasn’t stopped punters piling on the end of Ole and the arrival of Pochettino.

“He’s odds-on to be named next Man United manager, and if the betting is anything to go by, it feels like a case of when – not if.”