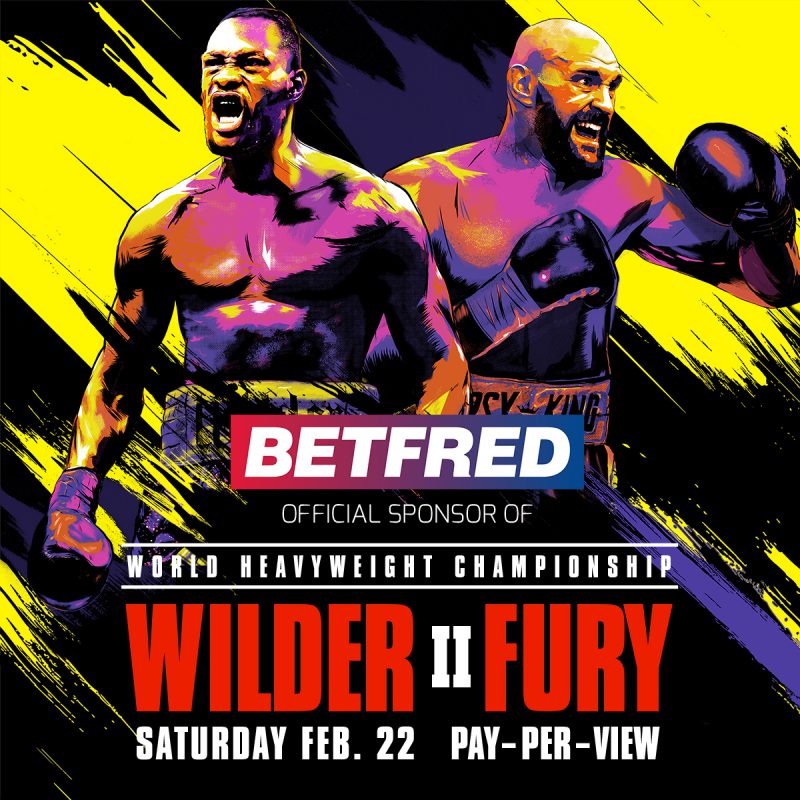 The World’s largest independent bookmaker Betfred will be an official sponsor of the biggest fight of the year when Deontay Wilder takes on Tyson Fury on Saturday 22nd February.

The fight which takes place at MGM Grand Garden Arena and on pay-per-view around the world, is a rematch after the split decision draw on December 1st 2018.

Betfred boss and founder Fred Done said: “I’m delighted to be a sponsor of the most anticipated fight of the year and if Wilder v Fury II is anything like the first fight we are in for a superb night.”

“We’re happy to have Betfred as an official sponsor for the highly anticipated Wilder vs. Fury II rematch on February 22. This is a 50-50 fight for the heavyweight championship of the world and we’re sure that fans all around the globe will be watching to see all of the drama unfold.”

The sponsorship is great news for Betfred who have ambitious plans for the USA. Betfred Sports has already opened its first US sportsbook at Grand Falls Casino & Golf Resort in Iowa and has recently agreed deals with both Wind Creek Bethlehem (for Pennsylvania sports betting operations) and Saratoga Casino (for Colorado sports betting operations).

Latest betting for the fight shows the pair cannot be split with both fighters on offer at 10/11 and a repeat of the draw at 20/1.

The Super League moves into the seventh round and we have every match covered.

Don’t miss…the pick of the day’s betting action brought to you by Betfred, today covering Championship action and the Betfred Super League.