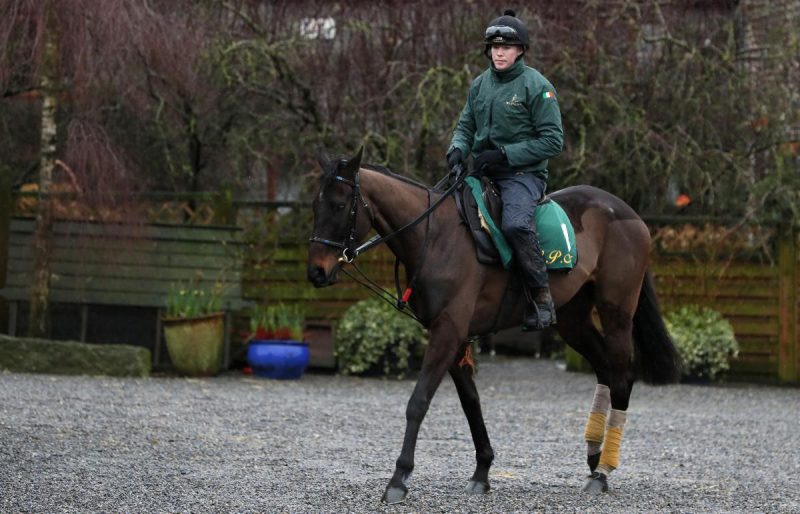 Willie Mullins is confident that Al Boum Photo is ready and in good shape to defend his Gold Cup crown at Cheltenham next month.

The eight-year-old has followed the same path to this year’s Cheltenham Gold Cup, with his sole appearance resulting in a comfortable victory in the G3 Savills Chase at Tramore on New Year’s Day.

“Last season just worked out well for Al Boum Photo, going from Tramore to Cheltenham. I did not even enter him for the Dublin Racing Festival this year, just in case I was tempted to run him. I am probably a creature of habit and when something works, we go back, do it again and hope for the best,” said Mullins.

“He is going to come into the race nice and fresh, off a nice confidence-boosting prep run. It can be very hard sometimes for Gold Cup winners to come back and win after their Gold Cup. He has done that, albeit in a G3 race, and that is a fair statistic compared to recent Gold Cup winners.

“I don’t think it is a tougher Gold Cup – I thought last year’s race was very tough.

“I don’t know if he is a better horse this year, as I have not pressed many buttons and he is not a horse who advertises himself at home.

“All I know he is on target from where we were last year and, with age and experience, he should improve. But statistically, Gold Cup winners find it very hard to come back and win. That is against him, but I think his preparation is probably a plus. He is going there in good order and in a good frame of mind. Normal improvement should come given his age and everything, and if that happens, he should have a fantastic chance.”

Despite Mullins’s confidence, the favourite for the big race is Nicky Henderson’s Santini.

“His run in the RSA last year was fantastic because we’d had a terrible time with him. We had a problem with his feet and then there were the flu vaccines, which meant he missed the Reynoldstown. He had no prep and no experience, so his run was remarkable.

“He is a very enthusiastic horse and loves his work. He needs a lot of work and the more you get into him, the better he is. He should be better horse this year because he is a lovely, big, old fashioned type of chaser in the right mould. He is hardy too.”

Santini is now the 10-3 favourite with Coral (cut from 9-2) following the news that Native River will miss the race, and the Grand National.

Santini narrowly holds favouritism ahead of last year’s winner Al Boum Photo, who is 7-2, whilst Delta Work is third favourite at 9-2.

Native River had been a 10-1 chance for the Gold Cup with Coral, and 14-1 for the National.

“Native River would have had a real chance of regaining his crown in the Gold Cup but his injury has seen Santini trimmed in the betting and it is Nicky Henderson’s horse that heads the betting for the Cheltenham showpiece, narrowly ahead of last year’s winner Al Boum Photo,” said Coral’s Harry Aitkenhead.