Tyson Fury faces Deontay Wilder for the second time, looking to become Heavyweight champion of the world once again.

Fury and Wilder last fought just over 12 months ago in late 2018 in Los Angeles, and that ended in a controversial draw with many believing the British boxer should have won. 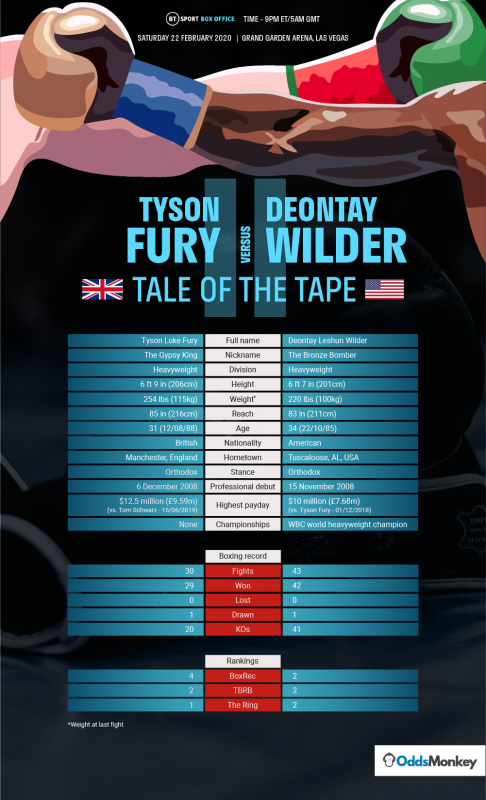 Betfred sponsor the fight and they can’t split them.

Boss Fred Done commented: “I am chuffed that Betfred is the official sponsor of one of the biggest fights in a long time – this weekend’s heavyweight rematch between Deontay Wilder and Tyson Fury in Las Vegas.

“It is, without question, one of the biggest fights in recent memory – and if it’s anything like the first one, we’re in for a superb night.

“As they say, styles make fights, and these two giants have already proved their opposing styles make for superb entertainment.

“We’ve seen gradual money for Wilder the last few weeks, while Tyson Fury to win on points (13/8) is proving a popular bet.”