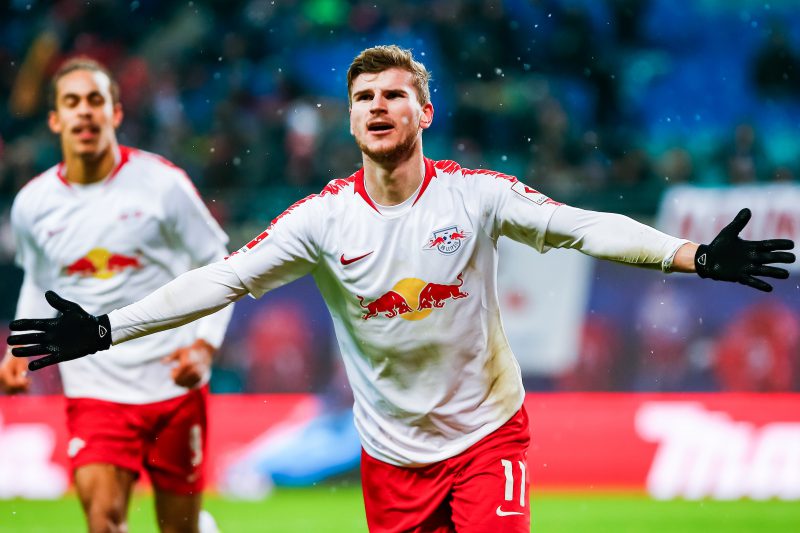 Timo Werner has made a move to the Premier League his priority as he looks set to move abroad this summer.

The German striker is being strongly linked with a switch to England, but Bayern Munich are also known to be keep tabs on his situation at RB Leipzig.

23-year-old Werner has been one of Europe’s most consistent performers with over 70 goals for Leipzig since joining from Stuttgart in 2016.

Werner has long been on Bayern’s short-list, but Liverpool have now emerged as contenders with Jurgen Klopp believing that he could fit into their system whilst Manchester United are also believed to be keeping a close eye on his situation and they are in need of a new front-man.

Werner has not hidden the fact that he admires Liverpool and earlier this month said: “I know that Liverpool is the best team in the world at the moment.

“When you’re linked with that team it makes you very proud but in case of that, it’s a pleasure, but I know Liverpool have a lot of good players.

“I have to improve myself and to learn much more things to get on this level and to play there.”

And Liverpool boss Jurgen Klopp has admitted he is happy to hear Werner’s liking for the club.

“I prefer that when players speak about us they are positive, rather than saying ‘that’s the last club I would ever go to,” Klopp said.

“From that point of view it’s obviously nice, but that’s all – there’s nothing else to say about it.”

Sources close to Werner says he is not convinced that a move to Bayern is the right, move leading to the path to England where Liverpool are favourites – but we understand that he is not short of interest with Man United and Chelsea also keeping tabs on his situation.

Bookmakers, though, believe that if he does leave then he will be heading to to Anfield with BetVictor making him Evens.

Michael Triffitt, BetVictor’s Head of ante post Football, commented: “The Timo Werner to Liverpool this summer bandwagon seems to be gathering pace with BetVictor now just even money for the German International to be playing for the English champions elect next term.

“The Reds may be looking to broker a deal before the European Championships as his price may rise sharply with a good tournament from the marksman. Its 16/1 bar Liverpool so plenty of value for those believing he will end up elsewhere!”