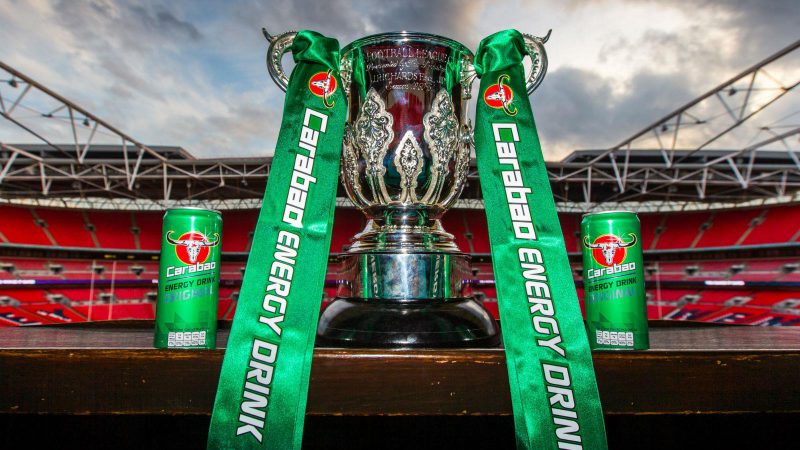 The first piece of silverware of the season will be decided on Sunday at Wembley as Aston Villa face Manchester City in the Carabao Cup Final.

City are the holders, indeed they are looking to become only the third team to retain the trophy for a third consecutive year, after Liverpool and Nottingham Forest.

Villa are not without pedigree in this competition having won it five times, from eight final appearances but their last win was back in 1996 when they beat Leeds under Brian Little.

City boss Pep Guardiola clearly loves this competition and takes it serious and victory on Sunday will give Guardiola a sixth major trophy since arriving in England in 2016.

But he respects Villa a lot coming into the game, especially boss Dean Smith and captain Jack Grealish.

“Big congratulations for Dean Smith. They have one of the best players in the league in Jack Grealish. I’m a big fan of him. We are going to try [to win].”

“We all know the intensity of the play-off finals and talk of it being the richest game in football, but his is a cup final and this is a trophy up for grabs that will place you in the history books of Aston Villa,” said Smith.

“This is an opportunity for ourselves to make history for the football club.”

Smith is delighted to be coming up against Guardiola, adding: “I have so much respect for Pep Guardiola – not only as a coach but as a person – and the way he gets his team playing.

“They’re human beings and human beings can be fallible. We’ll be pushing them all the way. We’re massive underdogs, but sometimes I like that title and we’re going to have a good scrap.”

We run through every game including predictions from our own Football Insider Graeme Bailey and BoyleSports’ Lawrence Lyons.

Football Index is a stockmarket game where you trade real life footballers based on a their value and that is how you can make money. And you can get a helping hand from us…

CLICK HERE to play and start winning, and take advantage of your £20 cashback only with The Gambling Times – and don’t forget to check below for our Football Index Ones to Watch!

TEAM NEWS: Anwar El Ghazi should be available for Villa, but they are without Wesley, Thomas Heaton, John McGinn, Keinan Davis and Jed Steer. | Man City are set to be without Leroy Sane and Aymeric Laporte. Claudio Bravo will start in goal.
KEY FACT: Manchester City are looking to become only the third team to retain the trophy for a third consecutive season
MATCH ODDS: Aston Villa 16/1 Draw 13/2 Manchester City 1/6
BoyleSports pick: 3-0 to Man City @6/1
GRAEME SAYS: This won’t be a walk in the park for City, but they do win this trophy again…0-2
Football Index – One to follow: Kevin De Bruyne – nobody is playing better football on the planet than the Belgian playmaker