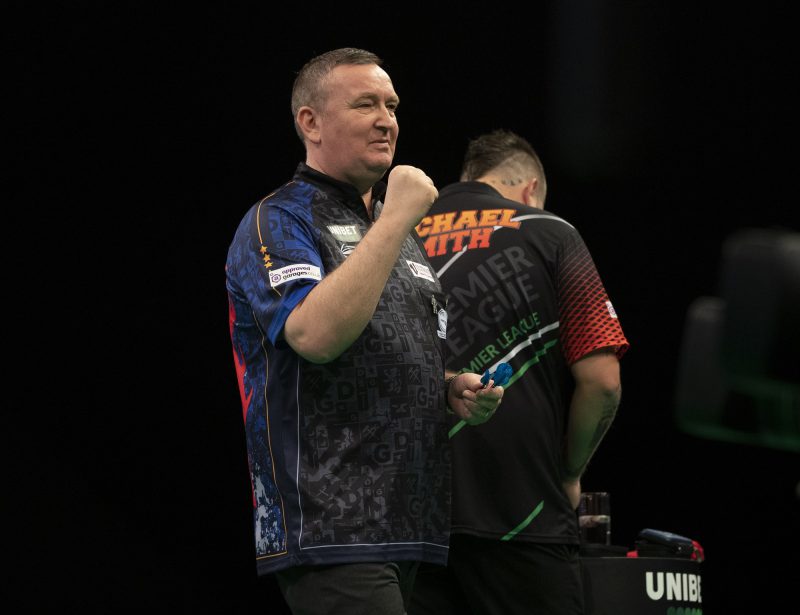 Michael van Gerwen will be hoping to put his first defeat of the 2020 Unibet Premier League campaign behind him as he takes on home challenger William O’Connor in Dublin on Thursday.

Five-time Premier League champion Van Gerwen’s perfect start to the season was ended by Nathan Aspinall in Cardiff on Night Three, as Aspinall impressed in a 7-5 win over the world number one.

Van Gerwen’s chance for redemption will see the Dutchman face passionate local star O’Connor, who took Republic of Ireland to their first World Cup of Darts final in 2019 alongside Steve Lennon.

Starring as the fourth of this year’s nine Premier League Challengers, O’Connor will take his Premier League bow in front of almost 9,000 fans at a sold-out 3Arena.

O’Connor picked up his first PDC ranking title in 2019, while also reaching his first individual televised quarter-final, with the 33-year-old relishing the prospect of an upset in the Irish capital.

Gerwyn Price and Peter Wright will meet in a repeat of December’s memorable World Championship semi-final at Alexandra Palace, with both players coming into the contest with another PDC title to their name.

The pair were in sensational form on the ProTour last weekend, with Wright defeating Price in the final of Saturday’s Players Championship Five, before the Welshman went one better the following day.

Price defeated Van Gerwen in the final of Players Championship Six, and the Welshman believes that is testament to his changed attitude to facing the world’s best players over the last two years.

Table-topper Glen Durrant has played down his chances of winning the title in his debut year ahead of his meeting with fellow-newcomer Aspinall.

Early pace-setter Durrant made it two wins from three in Cardiff, with clinical finishing helping him to a 7-4 defeat of two-time Premier League champion Anderson.

A winner of two ranking titles in 2019, Durrant is on the hunt for his first PDC crown in front of the TV cameras but the three-time BDO champion isn’t expecting to lift the Premier League trophy at The O2 in May.

Night Four will also see two-time Premier League winner Gary Anderson take on 2019 runner-up Rob Cross, while Daryl Gurney will look to move off the foot of the table against Michael Smith, who recorded his first Premier League win in almost ten months on Night Three.

The top four players then progress to face off for the title, and 250,000 top prize, in the Play-Offs at The O2 in London on Thursday May 21. 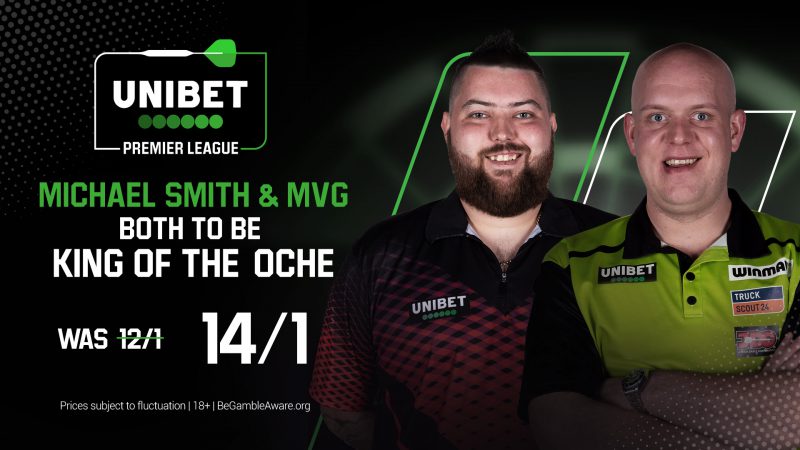 “We are yet to have either a winning Challenger or indeed Contender in the revamped format, and Mighty Mike is unlikely to buck that trend in Dublin.

“The World Number One is 17/10 in the King of the Oche market, which continues to prove popular with punters, and an enhanced 14/1 in double with Gary Anderson and Michael Smith in their respective matches with Rob Cross and Daryl Gurney.”

Specials
MVG to Have a Bull Finish 7/2
Gary Anderson, Michael Smith and Gerwyn Price – None to Lose 11/4
Price/Wright, MVG/O’Connor and Aspinall/Durrant – Highest Checkout in Each Game 118.5+ 6/1