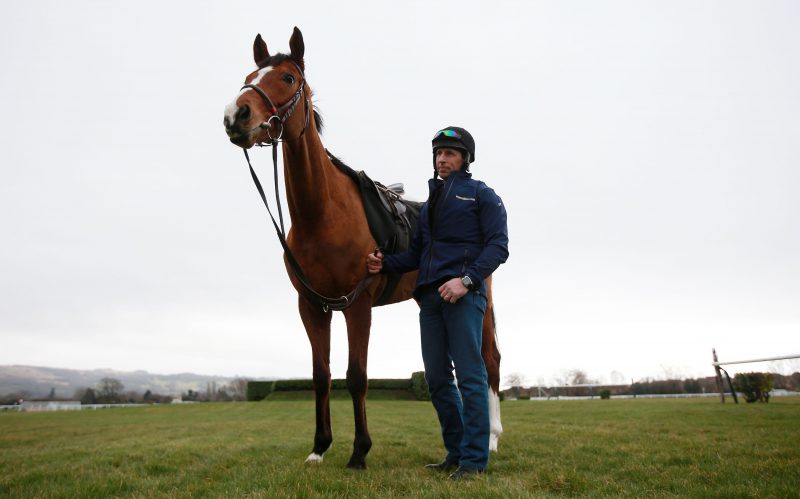 While the build up to next week’s Cheltenham Festival quite rightly hogs the racing limelight, this weekend’s feature contest the Imperial Cup has been given a boost with new sponsors Paddy Power bringing back the £100,000 bonus given to connections of the Sandown winner if their horse goes on to land any race at Cheltenham next week.

Historically the Pipe yard have targeted the bonus and Olympian (1993 Martin Pipe) Blowing Wind (1998 Martin Pipe) and Gaspara (2007 David Pipe) have all done the double. David Pipe saddled Main Fact to win at Wetherby on Monday and he picked up a 4lbs penalty for that success which almost guarantees his place in the field at Sandown.

Main Fact – who has won his last four starts is 8/1 at bet365 for the Imperial Cup and 25/1 for the County Hurdle at Cheltenham on Friday week although he is unlikely to get into that ultra-competitive handicap contest even if he picks up another penalty at the weekend.

A win for BetVictor brand ambassador Harry Redknapp’s Shakem Up’Arry (15/2 at William Hill) would be a huge boost for Supreme Novices’ Hurdle favourite Shishkin who beat Ben Pauling’s novice by 11 lengths at Newbury.

At Catterick I hope to see Zoutoise (3.20) go one better than when runner up at Ludlow when last seen back in November. The mare is a half-sister to Whisper and is likely to get further in time, but connections will be desperate to get a win next to her name over timber and Tom George has his string in good form going into Cheltenham.

Pull Together was booked for a place in the corresponding 2m handicap chase 12 months ago before coming down at the last and is 4lbs lower in the weights today. I am going to take a chance, however, on the top weight Niven (3.50) who has been dropped 7lbs since the start of the season but has run some good races in defeat. His best form is, arguably, on better ground and it might be that we do not see him at his best until we get some faster conditions, but I thought he ran well in a Jumpers’ Bumper at Newcastle last time and he gets the vote.

Mamoo did us a favour when scoring here last week but must carry a 7lbs penalty in the extended 3m handicap hurdle. The handicapper has seen fit to put him up by just 5lbs so he is, arguably, 2lbs wrong at the weights but he will be staying on when others have cried enough.

Fresh New Dawn (4.20) is another who would appreciate faster ground, but he was only beaten a couple of lengths at Market Rasen last time when he was, arguably, unlucky not to win with jockey Aidan Coleman having to wait for a run for a couple of furlongs. Fergas Gregory takes over in the saddle and is good value for his 3lbs.

At Lingfield Rivas Rob Roy goes unpenalised for his win in an apprentice race here last week over 7f and, if in the same mood, he will be hard to peg back from his good draw in stall three although the step back up to a mile is a concern. The handicapper has seen fit to raise him by 7lbs from Saturday, so connections have, arguably, had their hand forced slightly. He won with such authority last week under today’s jockey Darragh Keenan that he will be tough to pass, but he is likely to be short enough in the betting.

Ralph Beckett’s Misty (4.00) is hardly one of the stable stars, but she ran her best race yet when runner up over a mile here last time in blinkers which have been discarded today in favour of a visor which is applied for the first time. She is the each way alternative to the likely favourite.

At Kempton this evening Songo (5.45) made an impressive British debut when getting up close home here last week over 1m 3f and his 5lbs penalty is largely negated by the 3lbs claim of apprentice Finley Marsh who takes over in the saddle this afternoon. The selection won two of his three starts in Germany at a moderate level and the additional furlong of this evening’s race is certainly considered a plus.