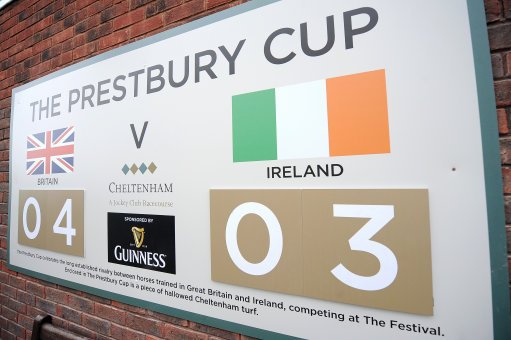 Ireland are firm favourites to take victory over Great Britain in the Prestbury Cup.

Named after the nearest village to the racecourse, the Prestbury Cup is the battle between Ireland and GB as to who will have the most winners.

Ireland are odds-on at 4/6 to deliver more winners than the British while Willie Mullins and Paul Townend are leading the way to be top trainer and top jockey at 4/7 and 2/1 respectively.

Rachael Blackmore meanwhile has been the subject of significant support to be crowned the first female champion jockey at Cheltenham and she is now the joint second favourite behind Townend to end the week with most winners after being gambled into 4/1 from 7/1 in recent days.

Lawrence Lyons, spokesperson for BoyleSports said: “The antepost markets have been absolutely buzzing and we are bracing ourselves for record turnover as the action gets under way.

“The top jockey race has a different look this year without Ruby Walsh in the running and Rachael Blackmore is one of the most popular picks in that market. She was only one winner short last year and her book of rides this week is clearly catching the eye.”