Tiger Roll backed to return in 2021 - The Gambling Times 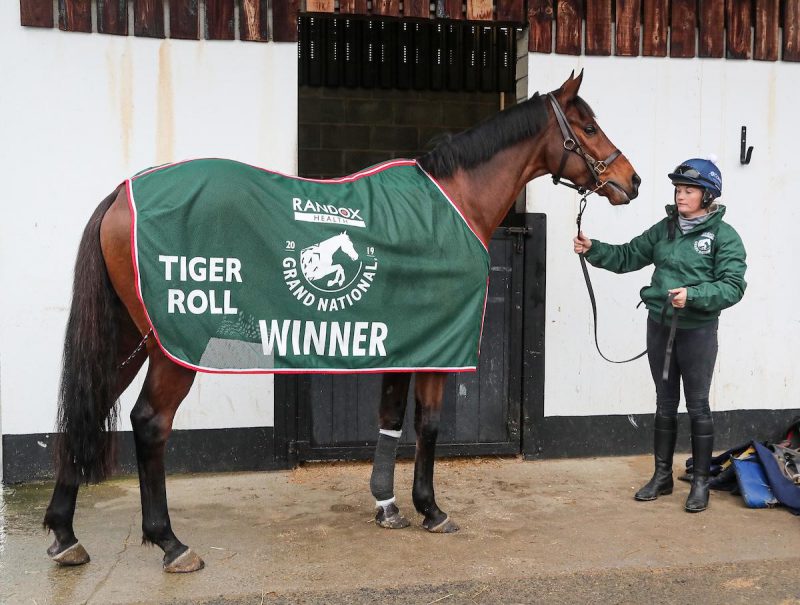 The Irish superstar was looking to make history by becoming the first horse to win the Grand National – the world’s most famous race – three times in-a-row, but the postponement of the race due to the Coronavirus pandemic means the defence of his crown is delayed.

Red Rum won the race a record three times, but needed four races to do it and now Tiger Roll will look to do that in 2021, according to his trainer Gordon Elliott.

“There is every chance of him competing,” he said.

“He hasn’t got that many miles on the clock, and we will be training him back for the Grand National again.”

Tiger Roll is now already being backed to win the Grand National in 2021 with his odds trimmed into 10/1 from 12/1 with BoyleSports.

Tiger Roll was the favourite to become the first horse to win the race for three successive years, although his odds had been eased out to 8/1 from 5/1 having failed to land the Cross Country Chase at Cheltenham for the third year in a row.

Sarah Kinsella, spokesperson for BoyleSports said: “Tiger Roll became the first horse since Red Rum to win back-to-back Grand Nationals last year and is still on the verge of history if he could manage a third successive win. Gordon Elliott’s star is 10/1 to complete the hat-trick next year after the trainer insisted the bid is still on track, even if he has to wait.”