Bookmakers pay out on champion jockey and trainer - The Gambling Times 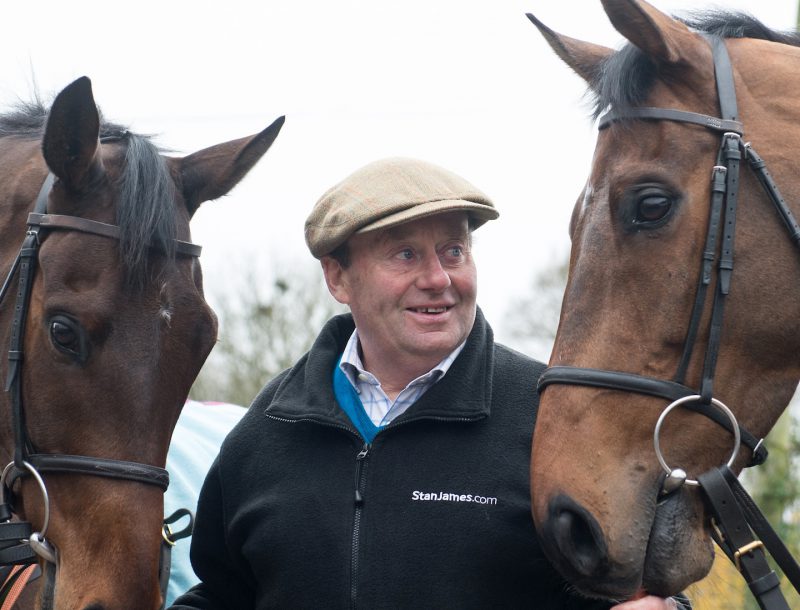 Trainer Nicky Henderson with Top Notch (left) and Whisper (right) ahead of the Cheltenham Festival in March, during a stable visit to Nicky Henderson's Seven Barrows Stables in Lambourn.

With the 2019-20 National Hunt season brought to a premature end this month, Coral – and others – are paying out on Henderson and Hughes.

“Whilst no-one wanted to see this current jumps season end in March, that’s the situation we find ourselves in,” said Coral’s David Stevens.

“With all UK racing cancelled until May at the earliest, it’s only right to pay out on Nicky Henderson and Brian Hughes as champion trainer and jockey, with both leading their respective standings when the sport was halted.”