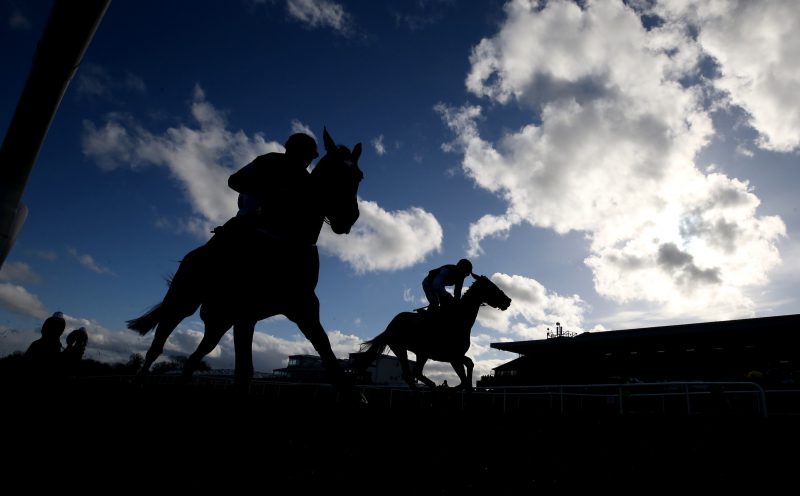 ITV will be broadcasting five live races from Thurles on Saturday afternoon. The ground was described as soft at midday on Friday but there is no further rain forecast in Tipperary up to post time.

The meeting begins with a maiden hurdle over the minimum trip and the mare Politesse makes her hurdling debut having won a Thurles Bumper last time. She was put in short enough in the betting at Evens, however, on Friday morning and she may need further in time.

Fakiera finished runner up to Jon Snow at Leopardstown last time over an additional quarter of a mile and looks to be going the right way. I feel he might be vulnerable, however back at two miles and the vote goes to Arthurian Fame (1.40) who is rated in the 90s on the level and will find today’s surface more to his liking than the heavy ground he encountered at Clonmel last time.

The selection’s jumping needs improving, but I felt he jumped slightly out to his right at Leopardstown on his penultimate start and today’s track should suit. At 5/1 with William Hill I would be disappointed if he doesn’t at least hit the frame.

Mary Frances won the Pertemps qualifier at Punchestown last time but that form might not be that reliable and of more interest in the 2m 4f BetVictor Hurdle is the Willie Mullins’ trained Karl Der Grosse who overcame a near 12-month break to score on his first start for the yard over the minimum trip. He disappointed on his last start, however, and he has subsequently been off the track for over 400 days. First time out might be the time to catch him, but he has stamina to prove and Jetz (2.10) gets a narrow vote for trainer Jessica Harrington who is currently self-isolated having attended a couple of days of last week’s Cheltenham Festival.

Jetz finished runner up over an inadequate trip reverting to timber last time and he receives 5lbs from the Mullins’ runner. The each way selection is 5/1. Gordon Elliot’s Cartwright continues to frustrate but is one to keep on the right side of going forward on better ground.

The feature race is the Grade 2 Novice Chase and preference for Zero Ten (3.10) over Sizing Pottsie is marginal. The selection was just beginning to make his move when overjumping at the fourth last at Punchestown last month although there was every chance that he and the chasing pack had given the winner too much rope. Today’s intermediate 2m 2f trip should suit and Robbie Power takes over in the saddle this afternoon.

Sizing Pottsie must give the selection 6lbs but he has won his last couple in the manner of a progressive chaser and he was well on top at the end of a Navan Grade 3 where I felt he jumped slightly out to his right. Today’s conditions ought to be ideal but the 6lbs he must give to Zero Ten sways me towards the latter.

The 11-year-old Kavanagh’s Corner is only 6lbs higher than when scoring over C&D earlier in the month and he looks sure to go very close for Henry De Bromhead. Marginal preference, however, goes to At Your Ease (3.40) who travelled well for a long way when fourth in that same race returning from a 300-day absence. The seven-year-old will appreciate the drying ground and is entitled to come on for the run. Arthur Moore’s yard are pulling up few trees at present but At Your Ease – who gave the outside up to nobody last time – can reward each way support at 14/1.

Light Brigade (4.40) finished runner up on debut at Gowran Park for Charles Byrnes and he is taken to go one better with that experience under his belt. He was beaten 7L on that occasion by a useful sort of Elliot’s, but he did have the third 19L further back.

Of the newcomers the booking of Jamie Codd for Major Robinson catches the eye while a market move for Joseph O’Brien’s newcomer Land Jet would be worth taking note of.