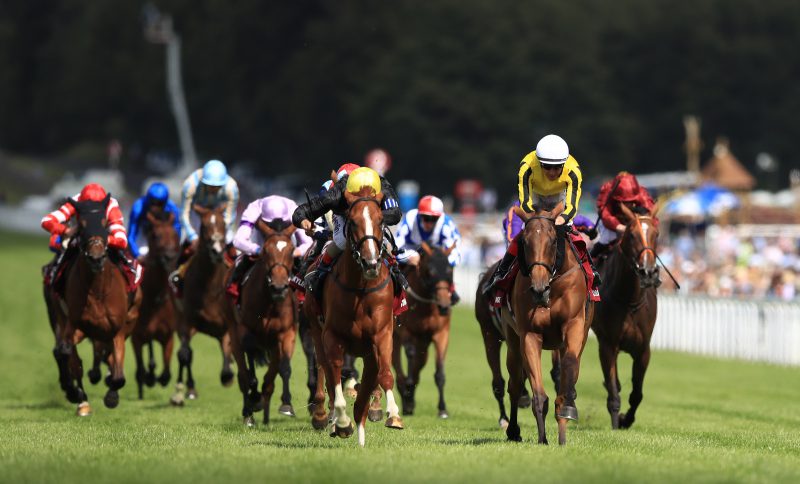 Zero Fifty’s win in the Grade 3 Novice Chase at Thurles on Saturday was my weekend highlight in Ireland, but if you haven’t already seen it I suggest you take the time to watch the stunning success of Golden Sixty in the Hong Kong Derby at Sha Tin on Sunday morning.

The four-year-old has now won ten of his eleven career starts and if he ever gets the opportunity to race in Europe, I feel he will be very competitive in races at the top table between a mile and ten furlongs.

The flat turf season begins at Naas on Monday and the eye is invariably drawn to the Aidan O’Brien-trained runner Lipizanner given he cost $650,000 as a yearling and is bred to make a juvenile. There has not been a winning favourite in this corresponding race for the last six years and O’Brien’s 2-year-olds invariably come on for the run. He looks the most likely winner on breeding, but it is not a race that makes any appeal as a betting medium.

We should know the effect of the draw come race three where the each way recommendation is Titanium Sky (3.00) of Dermot Weld. The selection has an excellent record fresh, goes in soft/heavy ground and Dermot Weld takes 5lbs from his back with talented apprentice Andrew Slattery.

The hope is that field come to the stands’ side in this 6f handicap which is often the case with plenty of give in the ground. The selection has never raced over 6f in the past having been campaigned over 7f and a mile exclusively, but the hope is that his stamina comes into play in what looks sure to be a real test. A draw in stall 13 of 14 is considered a positive.

Hong Kong (3.30) won a 6f Maiden here in first time blinkers on his penultimate start and still holds an entry in the Irish 2000 Guineas at the Curragh towards the end of May. The selection made most until fading inside the final furlong at Newmarket in listed company on his final start but a return to today’s 7f trip looks ideal. Seamie Heffernan takes the ride for Aidan O’Brien and the stable won the corresponding race 12 months ago.

The highlight of what promises to be a most informative card is the listed Devoy Stakes over 10f which sees the reappearance of Derby fifth Sir Dragonet. The four-year-old was beaten less than a length at Epsom and was sent off 11/4 market leader under Ryan Moore. The only previous time he has raced over today’s trip, however, he finished a disappointing fourth in a Group 3 event at the Curragh back in August.

The Aidan O’Brien-trained colt must give 5lbs to Brogue (4.00) and the latter just gets the nod for Dermot Weld. The selection was a winner of his sole start at Cork on good ground back in May and the runner up – Up Helly Aa – won two of his next three starts and is now rated 103. The selection’s ability to handle today’s forecast ground must be taken on trust but this son of Frankel is an exciting prospect – irrespective of whether he can cope with the more experienced Sir Dragonet this afternoon. Joseph O’Brien saddles the consistent Numerian, but he lacks the form of the O’Brien runner and potential of the selection.

The Gp 3 Park Express Stakes is another fascinating race with Blissful another likely Aidan O’Brien-trained favourite having won twice as a juvenile including at listed level at Leopardstown back in September.

The one I am interested in is the Gowran Park soft ground winner Even So (4.30) who will get further than today’s trip of a mile later in the year, but this looks a good starting point. The last three renewals of the race have been won by older fillies and mares, but I think the classic generation may hold sway today.

Note Blissful did beat Even So at Tipperary and they meet on the same terms today, but that was the selection’s racecourse debut and she certainly benefited from the experience when scoring on her only subsequent start.

I hope it’s a good day for Ger Lyons who saddles Even So and Lough Cutra (5.00) in the concluding mile maiden. The selection finished runner up on his sole juvenile start at the Curragh on soft ground back in October over 7f and today’s additional furlong should suit. He is drawn out widest of all, but the stats suggest that is not a negative over a mile.